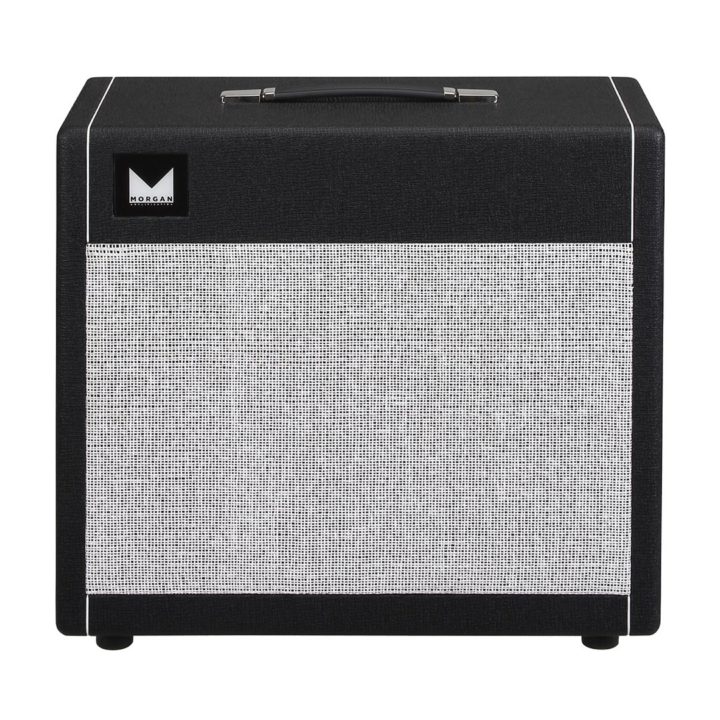 The Morgan 1×12 CAB-Gold is a 1×12”, open-back extension cabinet. It utilizes tongue-and-groove Baltic Birch construction to deliver the bass, mid response and great sound you would expect from a Morgan cab. It is a fixed baffle design just like you would find in early 60s British cabinets. At the heart of the cab is a Celestion Alnico Gold 16 Ohm speaker.

Building on the platform of the Blue, the Gold is a higher-powered, Alnico-magnet speaker that recreates the unmistakable sonic signature of a ‘well played-in’ original. Over time, the high frequencies of a Blue soften and become less chalky as the cone becomes more flexible – a much sought after characteristic that the Gold exhibits straight out of the box. Also present in the Gold sound from the outset is an added warmth and complexity in the midrange which, coupled with the classic Alnico qualities of a laid-back attack, rounded low end and brilliant bell-like highs, deliver huge rhythm voicings and saturated vocal lead tones.

The Gold is a wonderfully expressive and revealing loudspeaker, affording guitarists an unprecedented degree of dynamic control, The Morgan Alnico Gold loaded cabinet gives you the best of clean chime while still having the authority to deliver the dynamic punch that overdriven tones need. As with all Morgan cabinets, oversized 12-gauge speaker wire is soldered between the speaker and terminal, assuring you capture every ounce of valuable tone. You will be blown away at just how huge this cabinet sounds! Handwired in the USA.

Joe Morgan has been building, modifying and repairing amplifiers since 1996. His designs are seen in stadiums and arenas all over the world. It is hard to turn on a music awards show without seeing his products. Joe designs for the working musician, whether that means a Sunday morning church gig or touring the world with James Taylor.

Joe will be the first to tell you that tube amps are not rocket science (Joe was part of the engineering team that developed the first GPS satellites). Tube amps are only as good as their components and Morgan chooses the best of the best. Engineered with custom designed transformers to provide the best possible sonic signature they also provide Morgan with the confidence to offer a limited lifetime warranty.

Handwired in the USA.