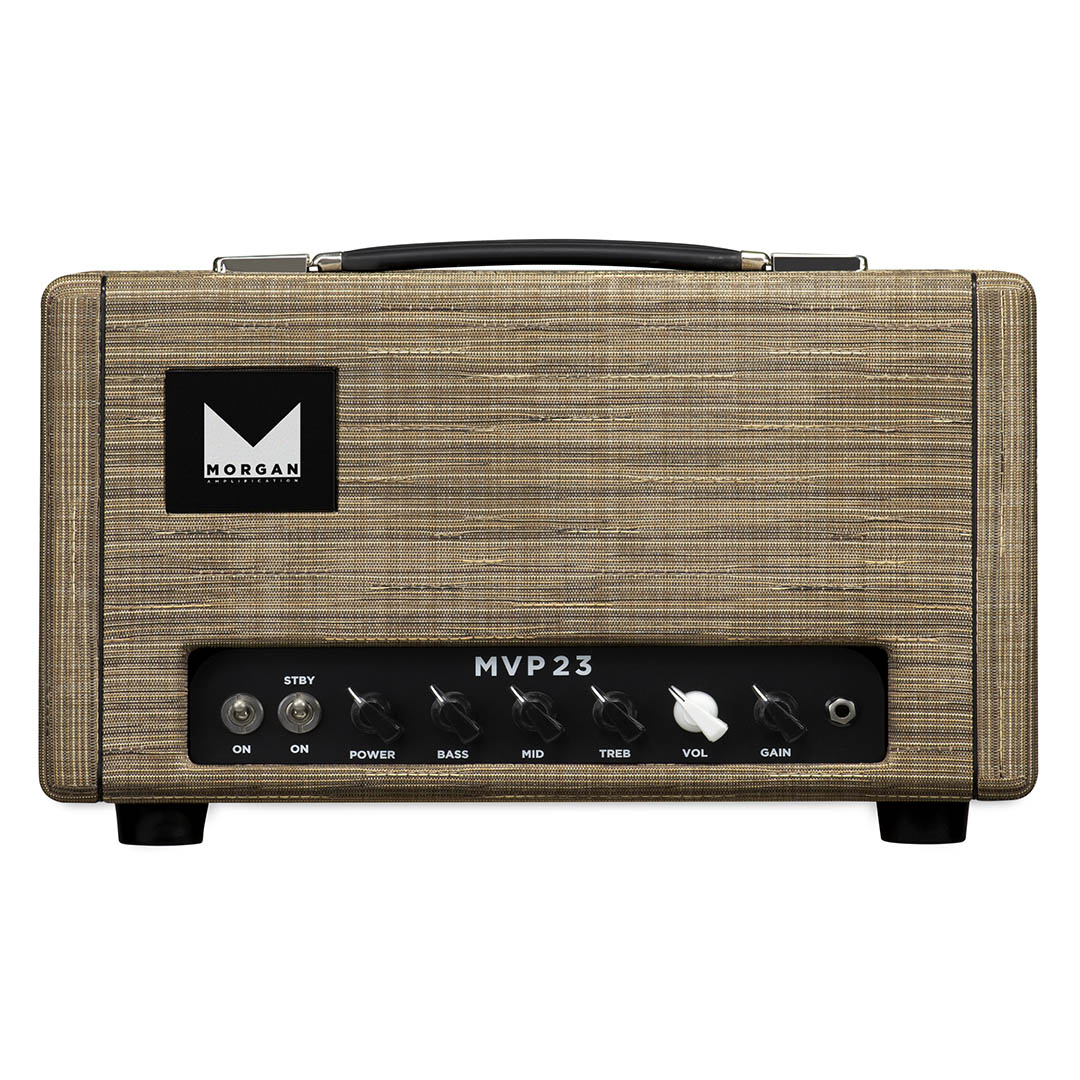 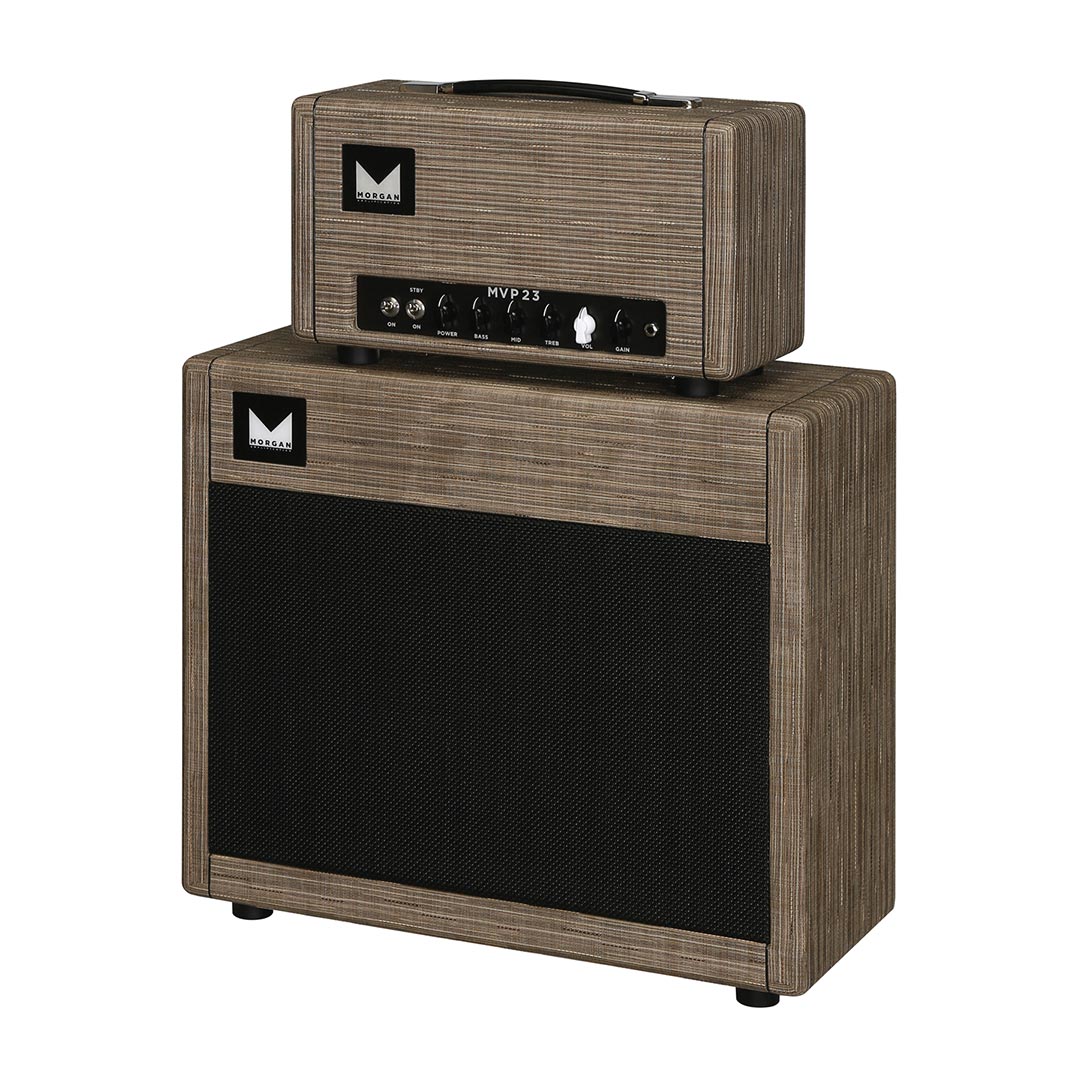 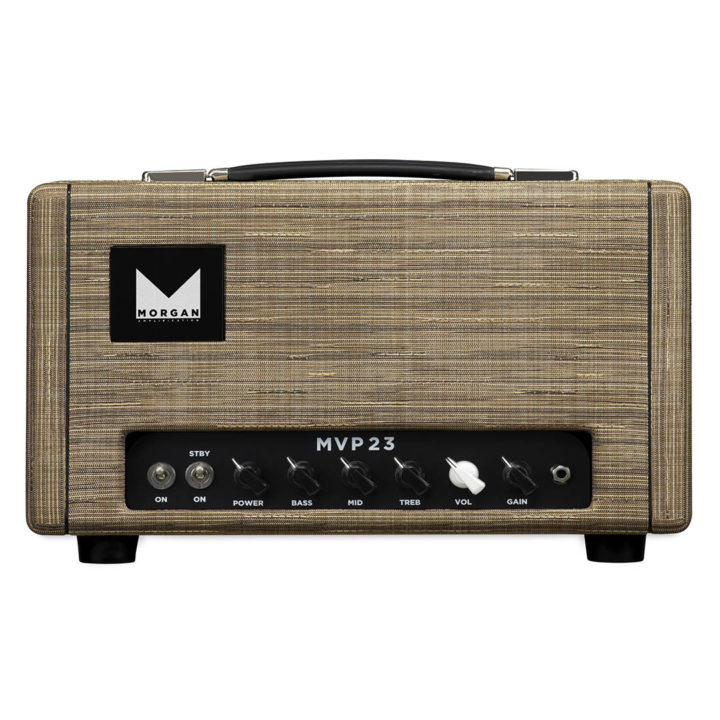 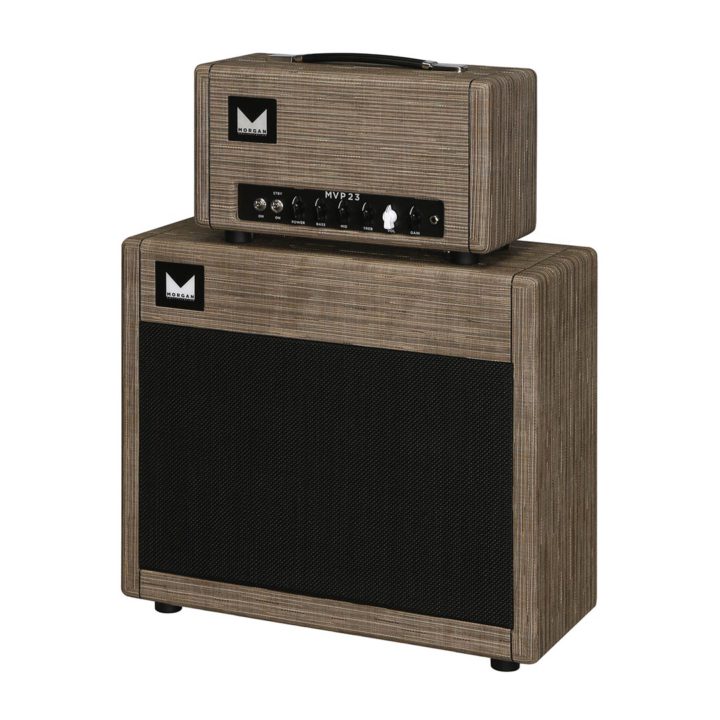 The MVP23 is the perfect combination of classic American cleans and smooth British overdrive. The MVP23 is a handwired in the USA, all-tube head with a full tone stack that is voiced squarely in the black face camp.

The MVP-23 utilizes a special phase inverter and EL84 power section allowing players to choose between big clean punch and smooth overdriven tones just by turning the gain knob. This amp is perfect for the player that wants to play a variety of different styles without compromise. The gain structure on the MVP-23 was designed to make the amp extremely sensitive to your pick attack and volume control. Even at its highest gain settings great cleans can be had with a turn of your guitars volume.

The MVP23 output power is controlled with Morgan’s Power level circuitry. The Power Level control is a big part of the magic. Most guitarists today have spent large sums of money and even more amounts of time working on their pedal boards. Most pedals are not designed to be used with a tube amp on “1”. They were designed to interact with the amplifier at or near the point at which it begins to break up. That is why an overdrive pedal is called an “over” drive. It is driving the amp over that point. Unfortunately that volume can be too loud for most live applications. The Power Level control on the MVP23 solves this. Think of conventional master volumes as a spigot on a garden hose, they choke off the signal to the power section of the amp to a usable level. Most conventional master volumes also affect the way your pedals interact with your amp. The Power Level control behaves like a zoom lens. It limits the size of the output signal that can be produced by the output tubes. It does NOT choke the signal down and therefore behaves identical as if the amp were running at full volume. This means that you can choose the power that you need, anything from ¼ of a watt to 23 watts.

Joe Morgan has been building, modifying and repairing amplifiers since 1996. His designs are seen in stadiums and arenas all over the world. It is hard to turn on a music awards show without seeing his products. Joe designs for the working musician, whether that means a Sunday morning church gig or touring the world with James Taylor.

Joe will be the first to tell you that tube amps are not rocket science (Joe was part of the engineering team that developed the first GPS satellites). Tube amps are only as good as their components and Morgan chooses the best of the best. Engineered with custom designed transformers to provide the best possible sonic signature they also provide Morgan with the confidence to offer a limited lifetime warranty.

Handwired in the USA.